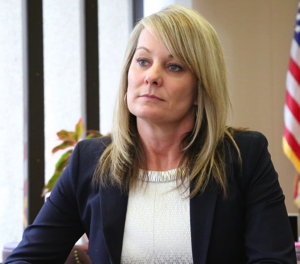 Well, that’s $135m in taxpayer money down the drain. Again.

Good thing that progressives have an infinite amount of taxpayer money to experiment with.

Idaho’s investment of $135 million in a math initiative and training for teachers has failed to move the needle when it comes to student achievement in mathematics.

And when the investment began in 2008, lawmakers were promised positive results. Instead, scores have gone down.

Those sobering results — along with multiple other indicators of student math achievement — have sent shockwaves through the highest levels of state government and among key decision-makers.

The gov’t solution: spend more money. That’s the only thing that they know to do.

“Our math scores are stagnant and we need to do something about it,” Superintendent of Public Instruction Sherri Ybarra said during last week’s State Board of Education meeting.

Measuring student achievement in mathematics or any subject is a complex affair, and NAEP scores are just one indicator.

Over the time period analyzed for this article, Idaho lawmakers adopted new academic standards in mathematics and switched to a new assessment test. During the 2014-15 school year, Idaho students took the Idaho Standards Achievement Test by Smarter Balanced (the so-called SBAC tests) for the first time. To date, only one year’s worth of SBAC testing data has been released to the public. The 2015-16 scores are scheduled to be released in September.

But those first-year SBAC scores were also a concern even though state education officials repeatedly warned parents and school leaders to expect lower scores as students adjusted to a totally new method of testing and the new Idaho Core standards in math.

According to final SBAC data released by the state, just 30 percent of Idaho high school students earned grade-level scores of “proficient” or better in 2014-15. For eighth-graders, the level of SBAC proficiency was 37 percent.

On this year’s SAT test, Idaho high school students earned an average score of 490 out of a possible score of 800, with only 35 percent of students hitting college-readiness benchmarks. The average score of 490 was below the score of 530 that the test’s developers say is an indicator that students are likely to earn at least a “C” average in college. Idaho’s score of 490 did beat the national average of 486.

“It pretty clear math is something we need to focus on,” State Department of Education spokesman Jeff Church said this week. “But this isn’t only an Idaho issue — it’s a national issue.”a