The Twin Falls Times-News reports today that Twin Falls Police Chief Craig Kingsbury and county Prosecutor Grant Loebs briefed the City Council and public last night about the June 2 incident that led to false internet reports about a gang-rape by Syrian refugees. The incident involved three boys aged 7, 10 and 14 and the victim was a 5-year-old girl; the boys are from Sudan and Iraq but are not recent refugees, though they’re relatively recent arrivals in the community, having lived there less than two years. They are being held in a juvenile detention facility. Only the 7-year-old had physical contact with the victim; there’s no evidence the boys’ families were supportive of the alleged assault; and authorities have video of the incident shot on a cell phone.

While this appears to be technically true (i.e., the kids were Iraqi & Sudanese immigrants), there is much more to the story leaking out as the citizens of Twin Falls demand answers. Via KIVI TV:

Twin Falls Police Chief Craig Kingsbury has confirmed that three boys who were allegedly involved in the rape of a five-year-old girl in Twin Falls were of Iraqi and Sudanese descent.

At a press conference in Twin Falls, Chief Kingsbury addressed community members and the city council about the alleged assault and explained that two of the three boys involved in the incident are at a detention center following the crime. The boys are reported to have been in the Twin Falls area for less than two years.

Chief Kingsbury was unable to confirm or deny if the boys are refugees.

“The Twin Falls Police Department does not take allegations of sexual assault lightly,” Chief Kingsbury explained at the press conference.

The statement comes after allegation arose that the police department took over an hour to respond to the incident.

Chief Kingsbury also went on to dispel the rumor that the fathers of the boys involved in the incident were “high-fiving,” and congratulating the boys following the assault.

“We have no evidence that this occurred,” Chief Kingsbury said.

Twin Falls County Prosecutor Grant Loebs argued the rape allegations were misreported by social media and other news outlets that targeted the boys as Syrian refugees. 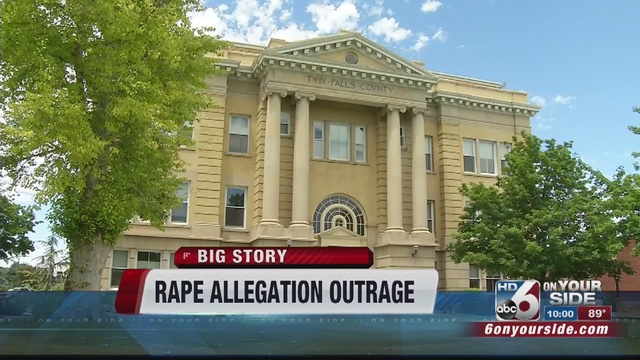