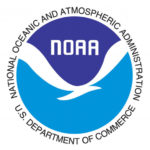 “Annual average temperatures over the Northern Hemisphere increased rather dramatically from about 1890 through 1940, but have been falling ever since.” – NOAA 1974

“The poorest nations, already beset by man-made disasters, have been threatened by a natural one: the possibility of climatic changes …perhaps throughout the world. The implications for global food and population policies are ominous…” – NOAA, 1974

“Many climatologists have associated this drought and other recent weather anomalies with a global cooling trend and changes in atmospheric circulation which, if prolonged, pose serious threats to major food-producing regions of the world.” – NOAA, 1974

“Some climatologists think that the present cooling trend may be the start of a slide into another period of major glaciation, popularly called an ice age.” – NOAA 1974