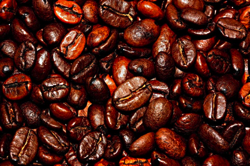 Well, this should energize Americans! Fairtrade, a charity which attempts to offer an alternative to third world coffee buying cartels, to ensure vulnerable farmers receive a decent price for their crop, has produced a report which demands urgent climate action.

A Brewing Storm: The climate change risks to coffee

Coffee is a key global crop and the second most valuable commodity exported by developing countries, worth around US$19 billion in 2015. Worldwide, around 2.25 billion cups of coffee are consumed each day. Nearly half of all Australians drink coffee regularly. The coffee market is growing, but faces big challenges coming up fast:

However, the future for coffee and the world is not yet set. Several coffee companies have responded to customer demands for climate action, and many nations are making substantial efforts. Fairtrade, for example, has moved to ensure the production and supply chains for its Fairtrade Climate Neutral Coffee don’t add more heat- trapping greenhouse gases and that steps are taken to build safer, more resilient, more sustainable workplaces. Positive changes are brewing from above and below.

Via Watts Up With That