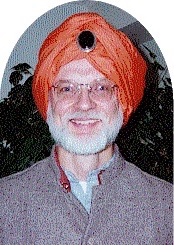 Nick Gier wrote the following Letter to the Editor of the Lewiston Tribune. Let’s tear this apart.

For several years, Sen. Michael Crapo has been focusing his efforts on the national debt, and it is important to get the proper perspective on this serious issue.

First, it is only fair to point out that four Republican administrations — Reagan, Ford, and the two Bushes — added significant amounts to the national debt. (Reagan tripled it.)

Truman and Clinton reduced the debt the most, followed by Eisenhower, Johnson, Nixon and Kennedy.

Second, the Obama administration has reduced the annual deficit from 11.1 percent in 2010 to 2.7 percent today (The Economist, Aug. 27).

Either Gier doesn’t know the difference between the federal debt and federal deficit, or he is willfully misleading the readers. The US National Debt is $19,507 billion. The US Federal Deficit is $579 billion.

Let me tell you the difference, and it’s something he should have learned in freshman economics.

The debt is measured at a particular moment in time, deficit over a period of time. While these two are related, they are different.

Let’s look at the real difference.

Do the math: the federal debt increased by 84%

Perhaps the philosophy professor should stick to teaching philosophy instead of economics.

Or perhaps he’s taking a leaf out of the Democrats’ play book who want to defend Obama’s fiscal policies.