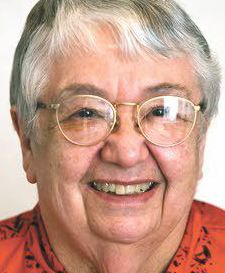 Lenna Harding writes the following in an editorial for the Daily News:

This election pointed at many problems related to federalism issues – namely the disparity between election laws from one state to another resulting in unequal access to the voting booth.

I am delighted that the Green Party candidate chose to demand a recount in certain states where the outcome was questionable. I’m not suggesting widespread fraud or cheating, but rather questionable equipment, not having enough polls resulting in long lines and the like. If we don’t learn from the mistakes that make this election questionable in time to correct them two and four years down the road, we are stupid indeed.

So riddle me this, Lenna: “If Jill Stein is concerned about the integrity of our voting system, then why is she only calling for a recount of states Trump won by relatively small margins? It seems to me that every state should be reevaluated if the issue is really about the ‘integrity’ of the system. Why not Minnesota and New Hampshire where Hillary won by a small margin? Then there’s the question of whether illegals voted. Judges have struck down voter ID laws in some states.”