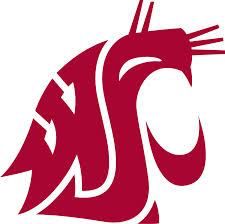 The Pullman Police Department has arrested 2 Washington State University football players for their alleged involvement in a July brawl.  22 year old Robert Barber and 19 year old Toso Fehoko were arrested and released for felony 2nd degree assault.  The announcement was made during a joint press conference Friday Chief Gary Jenkins and Cougar Athletics Director Bill Moos.  Officers say Fehoko punched a 22 year old WSU student breaking his jaw, while Barber allegedly knocked a 24 your old WSU student unconscious.  A 3rd WSU football player allegedly punched 19 year old WSU student Dylan Rollins in self-defense.  Detectives are asking that Rollins be charged with misdemeanor disorderly conduct for his role in provoking the fight.  The brawl took place at a house party on Oak Street during the early morning hours of July 23rd on College Hill.  There were up to 100 people at the party and over 60 were interviewed.  This marks the 3rd and 4th felony assault arrests of Cougar football players this Summer.  All of the cases have been turned over to the Whitman County Prosecutor’s Office for charging decisions.  Moos says it will be up to Cougar head coach Mike Leach to decide whether or not Barber and Fehoko play Saturday against Idaho.  Barber was kicked out of school by the WSU Student Conduct Board Thursday but is still with the team pending appeal.  Earlier this week coach Leach accused the Pullman PD of targeting his football players.  Moos disagreed with his coach’s claim Friday saying that Cougar football players are not targeted by police.