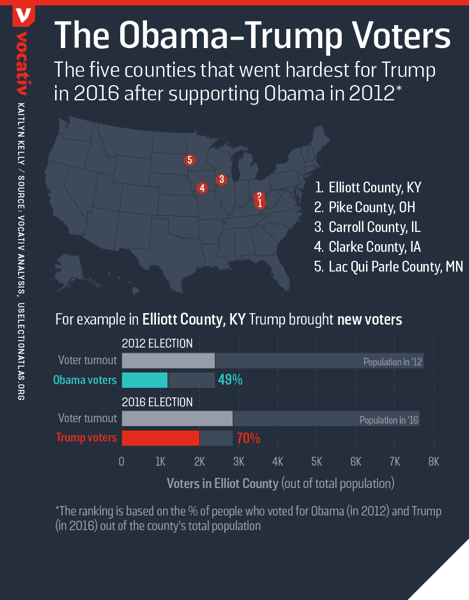 The Dems should be asking themselves: why?

According to Vocativ’s analysis, of 3,117 counties that voted in this year’s election, there were 180 that supported Obama in 2012 and Trump in 2016. The majority were in Rust Belt states like Wisconsin and Pennsylvania where Trump shifted the electoral map from blue to red, but also as far-flung as California and Florida. To better understand where the overlap, Vocativ spoke to a handful of voters, each of whom supported Trump last week, after voting for Obama in 2012.