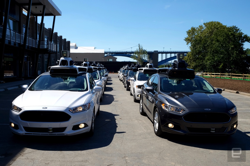 This is where Uber is going to make its killing: self-driving taxi service.

“Did you do that, or did the car do that?” I first asked that of my self-driving Uber’s “safety driver” when the car pulled out of the lane it was in to go around a pedestrian on the side of the road. I then asked it another half-dozen times throughout the 30 minutes I spent as a passenger in one of Uber’s autonomous cars that are hitting the streets of Pittsburgh today. Nearly every time, the answer came back: “the car did that.”

Indeed, my time as a passenger in the self-driving Uber as it drove around downtown Pittsburgh was blessedly uneventful — and in that relative safety and peace, I got an up-close look at what the challenges will be in making autonomous vehicles a widespread reality. I even got behind the wheel to “not drive” the car for myself.

For starters, it’s important to note that I never once felt like the car made any unsafe maneuvers. It obeyed the speed limit, left plenty of space between it and the car in front of it, took turns slowly and smoothly and generally behaved like an excellent citizen in vehicular society. It decides on speed first by determining a safe driving distance from the vehicle in front of it, and then by going as fast as the speed limit when it was able to. Uber’s engineers are also able to call out roads in which the car can exceed the speed limit to drive safely with the flow of traffic. 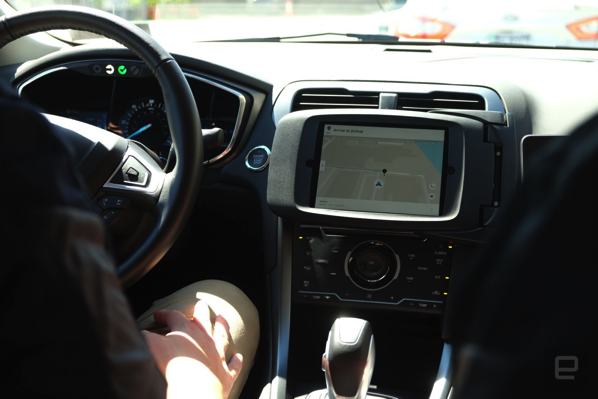 The fundamentals appear to be in place for Uber, here in Pittsburgh at least. But there’s a long way to go before its cars can navigate all of the city, let alone other cities. A number of Uber engineers and spokespeople I talked to made it clear the focus was to build out Pittsburgh first, both in terms of increasing the area that autonomous cars could travel as well as fixing little oddities like its performance at four-way stop signs. Other cities will likely come in the future, depending on how the pilot goes, but right now all thoughts are focused on Pittsburgh.

One of the big challenges for Uber will be learning more about how the cars deal with inclement weather. That’s one of the reasons they’re testing in Pittsburgh — between the complexity of the old city’s layout (small streets, lots of one-way roads, lots of congestion) and the fact that it sees all kinds of weather, there will be a lot to learn from testing here. Uber engineers feel that if they can master Pittsburgh, they can make the system work pretty much anywhere. (I’m thinking both Boston and Manhattan will make for a serious challenge.)