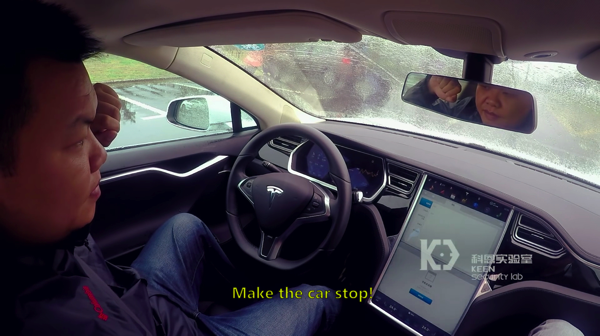 A team of researchers from China’s Keen Security Lab were able toremotely hack into a Tesla Model S by exploiting the vehicle’s in-car web browser. While the Keen group worked closely with Tesla’s own security team to fix the vulnerability before it could be put to any nefarious use, the hackers showed it was possible to control many functions of Tesla’s flagship sedan — including the brakes and the sunroof — from miles away.

By connecting the car to a malicious WiFi hotspot, the Keen team was able to access the vehicle’s control systems through the CAN bus by way of the web browser. As the team showed off in a video, they were able to remotely search for a destination on the car’s GPS, control the entertainment and instrument screens, pop the trunk and even hit the brakes while the vehicle was in motion twelve miles away. A little less harrowing: they were also able to adjust the seats and open the sunroof from afar.