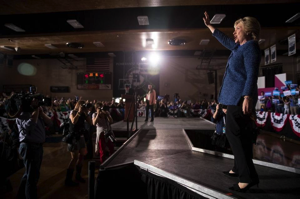 The FBI is between a rock and a hard spot — a spot that they themselves created by not indicting her originally for mishandling classified documents.

If they don’t announce this new finding, it looks like they are continuing to cover up for Hillary. And when it comes out after the election, it’ll be worse than announcing it now.

Hillary Clinton’s campaign on Saturday blasted FBI Director James Comey for taking the unusual step of announcing his agency was investigating additional emails that could be related to the case of Hillary Clinton’s use of a private email system for government business.

Comey set off a furor with a letter to Congress Friday saying the agency was investigating after obtaining additional information in an unrelated case Thursday. But his three-graph letter was short on details. 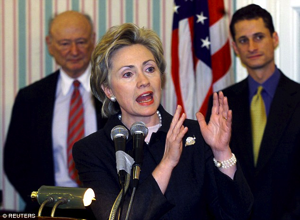 Podesta described the letter as “long on innuendo and short on facts” and said it was immediately used by Rep. Jason Chaffetz, R-Utah, the chairman of the House Oversight Committee, to taint Clinton. “The more information that comes out the more overblown it all seems,” Podesta said. But he declined to blame Comey for playing politics in releasing the unsolicited update to Congress.

Podesta said the emails Comey referred to were not sent or received by Clinton nor did they come from the private server she used as secretary of state. The campaign called on the FBI to release more information. Others supporting Clinton, including members of the Congressional Hispanic Caucus, Congressional Black Caucus and Democratic mayors, pressed Comey to release more details about the letter.

“No one can separate what is true from what is not because Comey has not been forthcoming with the facts,” Podesta said. “By providing selective information, he’s allowed partisans to distort and exaggerate to inflict maximum political damage.”