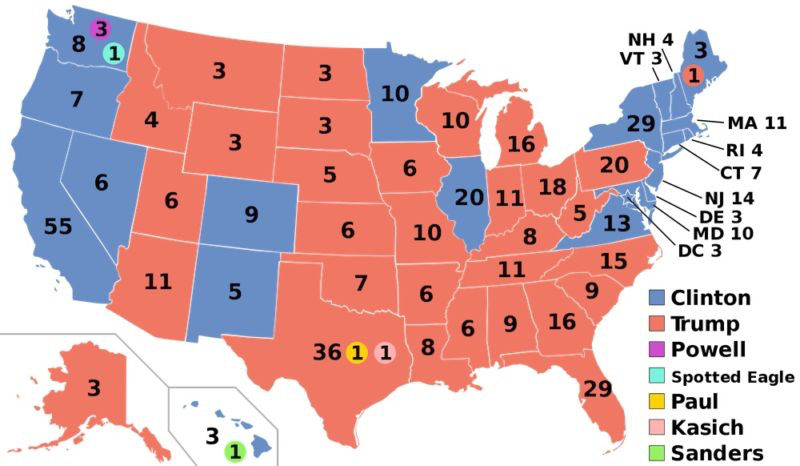 Talk about disappointments. The US government’s much-anticipated analysis of Russian-sponsored hacking operations provides almost none of the promised evidence linking them to breaches that the Obama administration claims were orchestrated in an attempt to interfere with the 2016 presidential election.

The 13-page report, which was jointly published Thursday by the Department of Homeland Security and the FBI, billed itself as an indictment of sorts that would finally lay out the intelligence community’s case that Russian government operatives carried out hacks on the Democratic National Committee, the Democratic Congressional Campaign Committee, and Clinton Campaign Chief John Podesta and leaked much of the resulting material. While security companies in the private sector have said for months the hacking campaign was the work of people working for the Russian government, anonymous people tied to the leaks have claimed they are lone wolves. Many independent security experts said there was little way to know the true origins of the attacks.

WikiLeaks says that it was not the Russian government that leaked all of the DNC emails.

Sadly, the JAR, as the Joint Analysis Report is called, does little to end the debate. Instead of providing smoking guns that the Russian government was behind specific hacks, it largely restates previous private-sector claims without providing any support for their validity. Even worse, it provides an effective bait and switch by promising newly declassified intelligence into Russian hackers’ “tradecraft and techniques” and instead delivering generic methods carried out by just about all state-sponsored hacking groups.

“This ultimately seems like a very rushed report put together by multiple teams working different data sets and motivations,” Robert M. Lee, CEO and Founder of the security company Dragos, wrote in a critique published Friday. “It is my opinion and speculation that there were some really good government analysts and operators contributing to this data and then report reviews, leadership approval processes, and sanitation processes stripped out most of the value and left behind a very confusing report trying to cover too much while saying too little.”

The sloppiness, Lee noted, included the report’s conflation of Russian hacking groups APT28 and APT29—also known as CozyBear, Sandworm, Sednit, and Sofacy, among others—with malware names such as BlackEnergy and Havex, and even hacking capabilities such as “Powershell Backdoor.” The mix up of such basic classifications does little to inspire confidence that the report was carefully or methodically prepared. And that only sows more reasons for President elect Donald Trump and his supporters to cast doubt on the intelligence community’s analysis on a matter that, if true, poses a major national security threat.

The writers showed a similar lack of rigor when publishing so-called indicators of compromise, which security practitioners use to detect if a network has been breached by a specific group or piece of malware. As Errata Security CEO Rob Graham pointed out in a blog post, one of the signatures detects the presence of “PAS TOOL WEB KIT,” a tool that’s widely used by literally hundreds, and possibly thousands, of hackers in Russia and Ukraine, most of whom are otherwise unaffiliated and have no connection to the Russian government.

“In other words, these rules can be a reflection of the fact the government has excellent information for attribution,” Graham wrote. “Or, it could be a reflection that they’ve got only weak bits and pieces. It’s impossible for us outsiders to tell.”