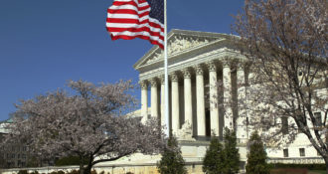 From the Daily Caller News Foundation:

“You can’t argue with their credentials,” she said.

A ninth justice is not expected to join the Supreme Court before its current term ends in June.