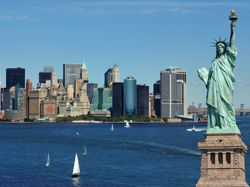 Unsurprisingly, Idaho ranks in the top of economic freedom. That’s one of the reasons that the Free State Project nearly chose Idaho for its home.

According to their open-source methodology, in 2014 the freest states were New Hampshire, Alaska, and Oklahoma, while New York, California, and Hawaii ranked the least free. In terms of just one indicator, South Dakota, Idaho, and Tennessee are the freest economically and New York, California, and Hawaii the least. And personal freedoms are best served in New Mexico, Colorado, and Nevada, with Kentucky, Texas, and Alabama ranking the least free.

It’s valuable to know how free your state is. I, for instance, value freedom for its own sake, so I’m interested in knowing that Virginia, where I live with my two school-age daughters, ranks 21st in the overall index. I also enjoy knowing that the state isn’t too bad on fiscal issues, that its land use freedom is decent, that it has no minimum wage, that it’s one of the best states for gun laws, that it has too many government employees and that it’s in serious need of criminal justice reform because it has one of the highest incarceration rates in the country, even controlling for crime rates.

The rankings also deliver important lessons for lawmakers. In Virginia, Sorens and Ruger write, “victimless crime arrest rates are about average. Asset forfeiture is virtually unreformed, and local police frequently circumvent it anyway with equitable sharing. The state’s approach to cannabis producers and consumers is draconian.” They suggest that the state reform “sentencing for nonviolent offenses with an eye to reducing the incarceration rate to the national average in the long term.”