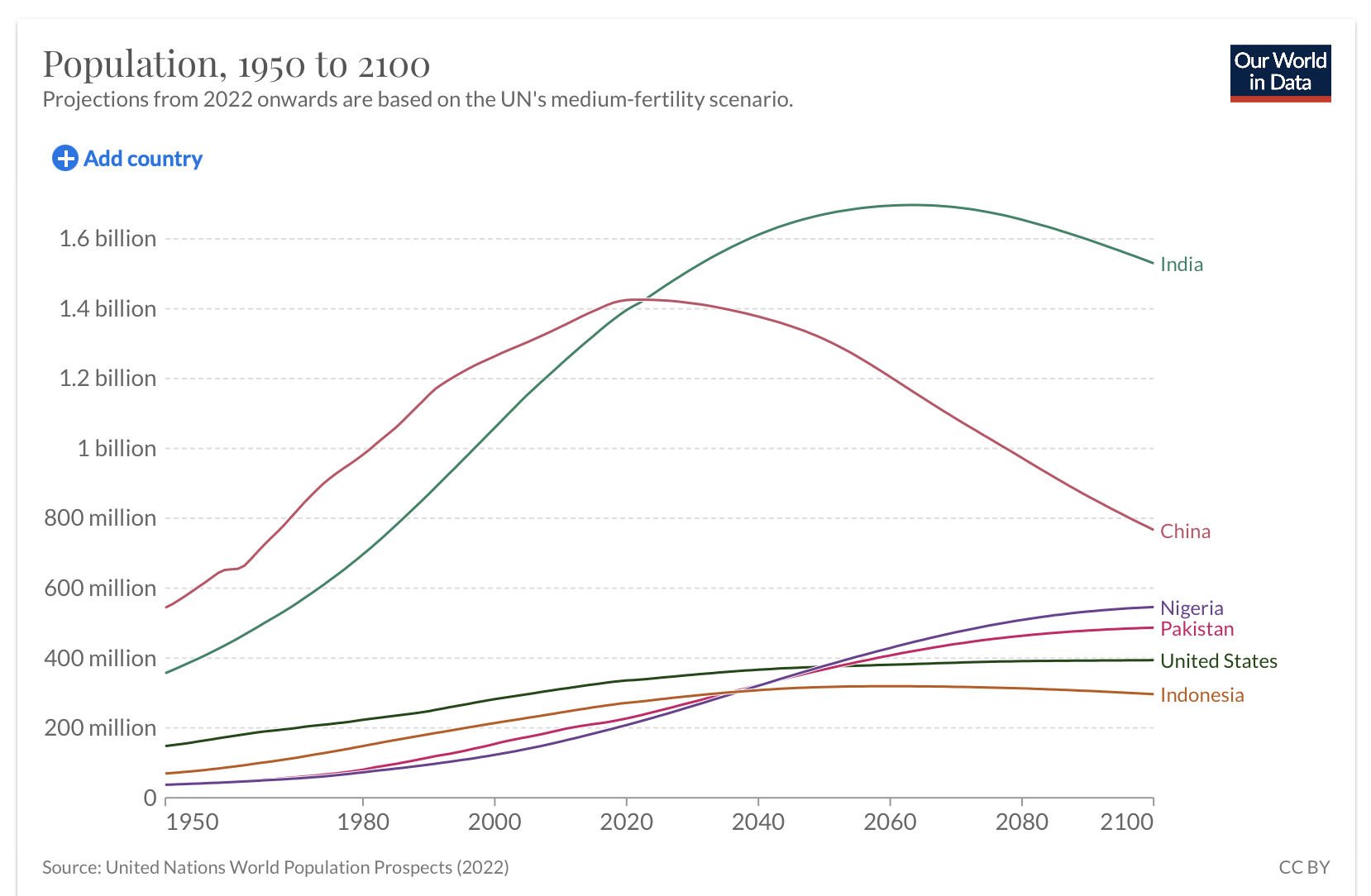 Another fascinating chart/video worth pondering.

And this is also why “global warming” will not be fixed by the 1st world countries cutting emissions. We’re not the vast cause.

On average, there are 250 babies born every minute around the world. As Visual Capitalist’s Freny Fernandes details below, this adds up to over 130 million new human beings entering the world every year.

Then it’s no surprise that the world’s population, which now stands at a whopping 8 billion, has more than tripled since the mid-20th century.

This graphic by Truman Du uses December 2022 population data from the UNand summaries from the French Institute for Demographic Studies (INED) to show the unequal rise and fall of the world’s population by 2050. 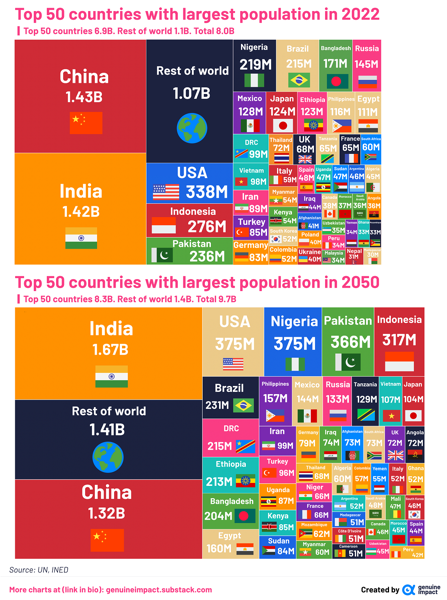