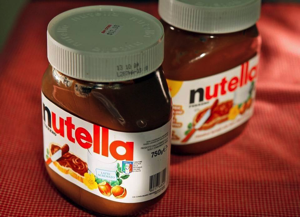 It’s sure a good thing that we can have the FDA around to tell us what the serving size is allowed to be. </sarcasm>

It would be wonderful if Trump told the federal government to get out of the nannying business.

President-elect Donald Trump and his underlings will soon inherit the dilemma of defining Nutella; or, as Florida resident Carol Davis put it, the sweetened hazelnut spread that’s “chocolaty goodness.”

Davis and others like her want the Food and Drug Administration to keep Nutella listed as a dessert. The manufacturer wants it reclassified as something akin to jams or jellies.

While Nutella will probably not be the Trump team’s biggest challenge, it has already drawn some 650 conflicting opinions during a public comment period that ends Jan. 3. It also provides a small taste of the wide-ranging regulatory clout Trump will soon wield.

“The number of final rules published each year is generally in the range of 2,500-4,500,” Congressional Research Service analyst Maeve P. Carey noted in an October report.

Underscoring the executive branch’s regulatory reach, of which Nutella represents a small part, Carey reported that the Federal Register in 2015 had devoted 24,694 pages to final rules, a 20 percent increase from 2001.