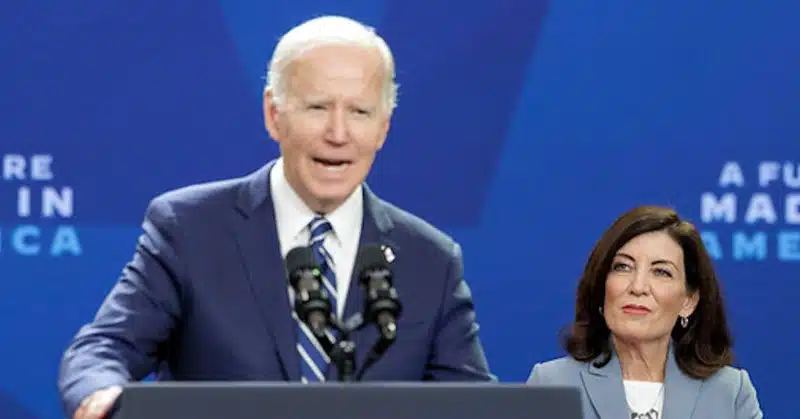 It’s so nice to see my views being validated over and over again.

A New York state Supreme Court justice has issued a scathing decision in regard to pandemic-related mandates issued by the Commissioner for New York State, the state Department of Health, and Democratic Gov. Kathy Hochul.

Judge Gerard Neri sided with a group of healthcare workers, the Medical Professionals for Informed Consent, who filed suit against the COVID-19 vaccine mandate in October, ruling that the state officials all overstepped their authority when they issued it since it is not included in the state’s public health law.

Neri wrote in the ruling that the mandate is “null, void,” according to ABC7.

“In true Orwellian fashion, the Respondents acknowledge then-current COVID-19 shots do not prevent transmission,” he also noted, the outlet reported.

A statement from the state health department said officials were “exploring options” moving forward after the ruling.

“The requirement that healthcare workers be vaccinated against COVID-19 protects vulnerable New Yorkers and the people who care for them, and it is a critical public health tool. The State Health Department strongly disagrees with the judge’s decision and is exploring all options,” said the statement from the DOH.

“It feels like it should’ve happened, you know, a long time ago,” Rachel Ponka, a registered nurse, told the outlet, adding that it’s a step in the right direction.

“It’s definitely great news to hear and I’m sure a lot of people are relieved about it,” she noted.

‘Null, Void, and of No Effect’: Democrats Are Reeling After Supreme Court Delivers Crushing Blow to Legal Argument in New York

Advertisement OPINION: This article may contain commentary which reflects the author’s opinion. A New York state Supreme Court justice has issued a scathing decision in regard to pandemic-related mandates issued by the Commissioner for New York State, the state Department of Health, and Democratic Gov. Kathy Hochul.