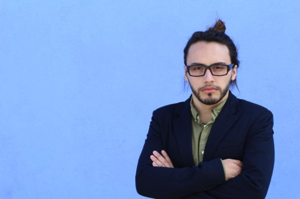 Shane Williams was standing in line at Orange Julius with his 6-year old daughter when the screaming started last week. Instinctively, Shane pulled his daughter close and began searching for the cause of the commotion.

Williams saw a woman running toward him; blood ran through her fingers where she clutched her abdomen. Behind her, a man dressed in a security guard uniform appeared to be wrestling with someone.

Williams, who believed he might be witnessing an instance of patriarchal oppression, grabbed his cellphone. What happened next has caused everyone from the Mayor of St. Cloud, to the Governor of Minnesota, to hail Williams as a hero.

As he drew closer, Williams was tipped off that the man might not actually be a security officer. The main clue was that the man wasn’t shooting or illegally detaining minorities. He was, instead, grabbing anyone he could, and stabbing them in the face and torso with a knife.

“Initially I felt a great deal of relief,” Williams explained. “A lot of times when I film real police officers for CopBlock, I have to step under crime tape, lean into their vehicles, or stand between them and the person they’re speaking with. Then they tell me to leave, and when I don’t I get arrested.”

So, without the fear of being persecuted for expressing his rights, Williams checked his privilege and approached the man.

“Immediately, I noticed that he was a person of color,” Williams said. “So, I asked him what his preferred pronoun was, told him that I was a proud ally, and asked how we might battle the realities of systemic racism together.”

Recognizing that Williams was, in fact, a proponent of restorative justice who only wanted a path toward freedom for all underrepresented and oppressed peoples, the man dropped his knife. Then the two walked to a nearby Starbucks. There, they established a safe space for them to sit and talk about how important it is to foster a queer-affirming, globalized network of like-minded social justice advocates who shared their world views.

“Mr. Williams’ saved a lot of lives today,” St. Cloud Mayor Dave Kleis said at a press conference after the attack. “If only this country had a much larger force of dedicated men and women who would run into the maw of chaos, rather than away. That’s the kind of courage borne of real love for your fellow man. This city will be forever in Mr. Williams’ debt.”

Via The Duffel Blog