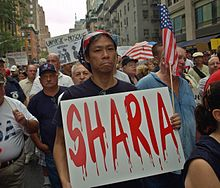 Republicans on an Idaho House committee agreed Wednesday to introduce anti-Sharia law legislation designed to prevent Idaho courts or government agencies from making decisions based on Islamic or other foreign legal codes.

The proposal doesn’t specifically mention Sharia law, but it does say that courts, administrative agencies or state tribunals can’t base rulings on any foreign law or legal system that would not grant the parties the same rights guaranteed by state and U.S. constitutions.

This is the second time Rep. Eric Redman, a Republican from Athol, has pushed the bill in the Idaho Statehouse.