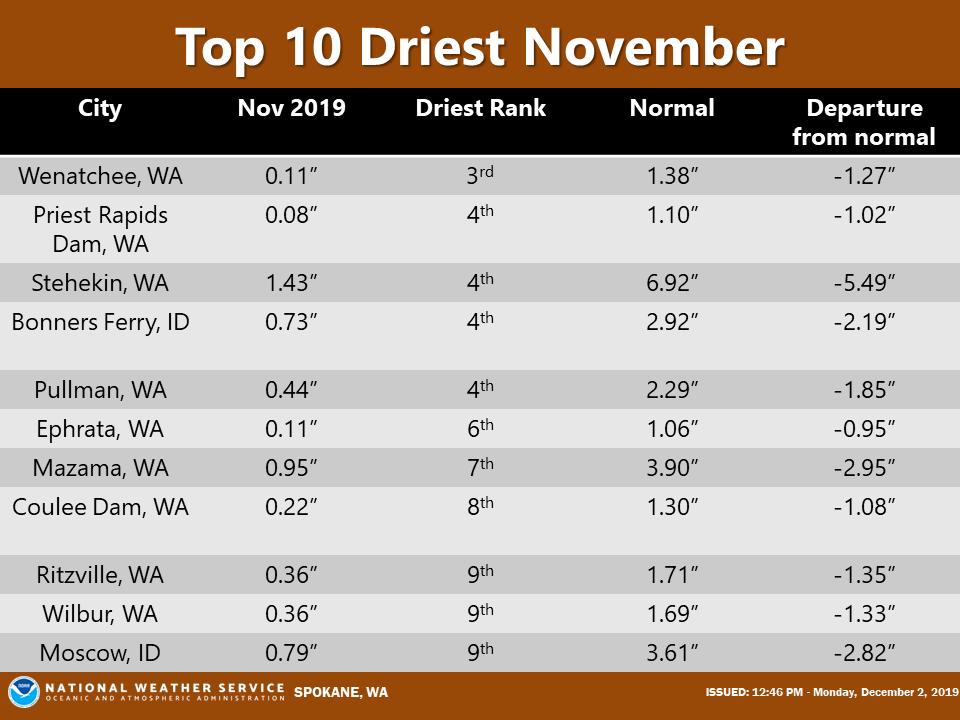 November was one of the driest on record for the Palouse.  The National Weather Service in Spokane reports that Pullman only received 2.29 inches of rain last month ranking as the 4th driest on record.  Moscow received 3.61 inches of moisture which ranked as the 9th driest November on record.