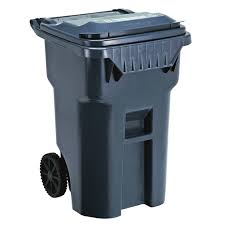 If you didn’t know, they ordered recycle roll carts that were nearly indistinguishable in shape, size, and color, from the garbage roll carts. They were going to sell back those 4,800 carts, but no one wants them!

Latah Sanitation Inc. is asking the city of Moscow to allow it to pay $2,000 per month over a five-year period, or $120,000 total, to compensate the city for fronting the company more than $100,000 after it ordered the wrong colored roll carts for Moscow’s single-stream recycling program.

LSI paid $247,500 for 4,800 carts only to learn the color was too similar to those already being used for solid waste collection. The city approved fronting LSI $123,750 so new carts could be purchased. LSI had intended on selling the wrong-colored carts and reimbursing the city, however, the Public Works/Finance Committee was informed Monday that LSI had not been able to sell any of the carts and had proposed the repayment plan.

The item will be put on the regular agenda at Monday’s City Council meeting.

“I think it’s a good idea,” City Councilman John Weber said. “As I pointed before, I really didn’t know, didn’t think that we would ever recover our investment on those roll carts, and not for lack of effort, but there aren’t very many people out there looking for roll carts. So if we’ve got an opportunity to recover the money that we put in, even though it’s going to take longer to get the money back than it did to write the original check, I think we are doing our job and protecting the taxpayers’ money and getting it back into the city to be used elsewhere.”

The city rejected the new carts out of concern the public would not be able to distinguish between the recycling carts and solid waste carts. It requested that LSI reorder the correctly colored carts the city originally specified.

City Supervisor Gary Riedner and City Attorney Rod Hall said the money the city gave to LSI was not a loan so no interest would be paid to the city.

City staff told the committee they believed the wrong colored carts could be used for solid waste collection since those carts are similar in color.