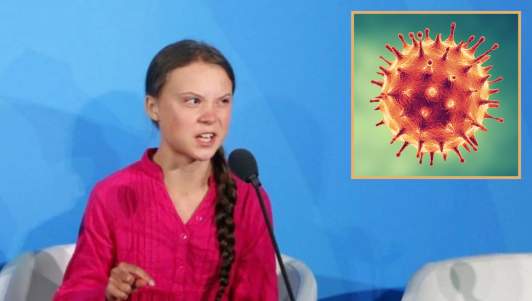 The world is silent about Global Warming.

STOCKHOLM—Greta Thunberg has come out to condemn the coronavirus outbreak, saying the virus callously ended the world ten years before climate change even had the chance to.

As Thunberg is known for her fiery speeches and doomsday predictions about climate change, she began to worry that the spread of this virus would take the spotlight off her and her brave efforts and instead cause the world to worry about an actual, immediate crisis.

“How dare you cause the apocalypse a decade before it was supposed to happen!” she shouted at a press conference. “I was not consulted on this. I should be in school right now, but I’m not, because the whole world is under lockdown many years before I predicted the end would come.”

At publishing time, Thunberg had been tossed out into the dumpster behind the Democratic headquarters in Washington, D.C., where she found David Hogg and dozens of other kids the Dems had exploited for their political agenda until they outlived their usefulness.