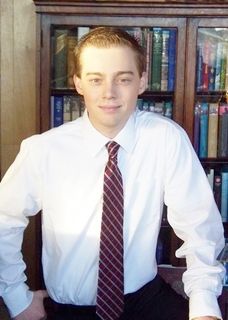 Although the vote carried the two-thirds majority required to remove Freeland, Bill Goesling, who lost to Carl Berglund last month in the primary election for District 5A of the Idaho House of Representatives, made a motion to reconsider the vote at the next Latah County GOP meeting.

Goesling said he was concerned the committee may have violated its bylaws during the discussions. He said that with the motion – which carried – the committeemen and women can settle down and think about what happened.

At next month’s meeting, the committee will reconsider the vote, and if bylaws were followed, Freeland will be removed from his position as vice chair.

At this time, Freeland remains the vice chairman.

Freeland said according to the bylaws, he cannot be removed from his position unless he is unwilling or unable to fulfill his duties. Therefore, he said, he is still the vice chairman.

Much of the discussion involving Freeland centered on his Facebook posts regarding the Republican Party.

“All this started with me telling you you’ve got to stop it with the Facebook posts,” Lawford said to Freeland. “You’re going amuck. People are baiting you and you’re falling for it.”

Lawford said he previously suggested to Freeland that he find somebody to look over his Facebook posts before he posts them. He said that person should ask how the post is going to reflect the Republican Party, Freeland’s campaign and other Republicans’ campaigns and how Democrats and the media are going to view it.

Lawford said Freeland lied when he said Lawford, Berglund and Bouma threatened to withhold Latah County Republican Party money and lobbied to withhold state party money to Freeland’s campaign if he did not change his positions on the issues he was taking.

“I have five men that were in that meeting in this room right now, we all say we didn’t do that,” Lawford told Freeland. “It’s your word against five adult men. You lied, John. You walk away from a meeting and this is the problem I have with you, with my vice chairman. You seem to be unable to discern the truth from what’s really said. You walk away and make your own narrative and you do it time and time again. I can’t work with that. Nobody threatened to withhold funds.”