The family & I just got back from a trip up to Glacier Bay National Park. It was breathtaking, and I even got to see some glacier calving. I’ll post that later.

I found the map that the National Park Service provided to us absolutely fascinating. It shows the extent of the glaciers by date. In the image below, they are the black lines with the years listed.

The greatest recorded extent of the glaciers is in 1750. And the glaciers have been receding ever since. As my wife said: well before the invention of the SUV.

In fact, our scientists had said that we were having global cooling (and the next mini ice age) until the year 1979. It wasn’t until the early 1980s that “settled science” said that man made global warming was the cause.

But if that’s actually the case, what caused the glaciers to start receding back in 1750? And all this happened well before CO2 levels started rising. 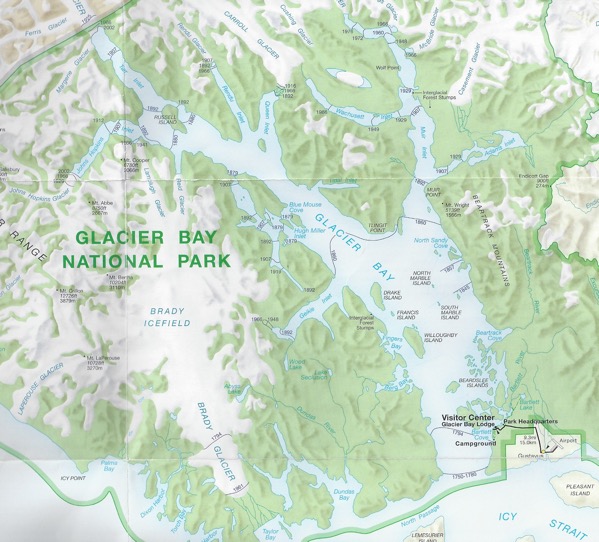