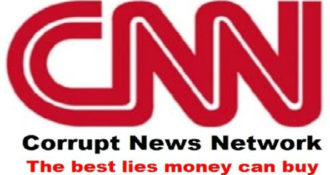 Glenn Greenwald over at The Intercept exposes the kind of “fake news” that liberals love. We usually just call it a lie…

Back in October, when WikiLeaks was releasing emails from the John Podesta archive, Clinton campaign officials and their media spokespeople adopted a strategy of outright lying to the public, claiming — with no basis whatsoever — that the emails were doctored or fabricated and thus should be ignored. That lie — and that is what it was: a claim made with knowledge of its falsity or reckless disregard for its truth — was most aggressively amplified by MSNBC personalities such as Joy Ann Reid and Malcolm Nance, The Atlantic’s David Frum, and Newsweek’s Kurt Eichenwald.

That the emails in the Wikileaks archive were doctored or faked — and thus should be disregarded — was classic Fake News, spread not by Macedonian teenagers or Kremlin operatives but by established news outlets such as MSNBC, The Atlantic, and Newsweek. And, by design, this Fake News spread like wildfire all over the internet, hungrily clicked and shared by tens of thousands of people eager to believe it was true. As a result of this deliberate disinformation campaign, anyone reporting on the contents of the emails was instantly met with claims that the documents in the archive had been proven fake.

The most damaging such claim came from MSNBC’s intelligence analyst Malcolm Nance. As I documented on October 11, he tweeted what he — for some bizarre reason — labeled an “Official Warning.” It decreed: “#PodestaEmailsare already proving to be riddled with obvious forgeries & #blackpropagandanot even professionally done.” That tweet was re-tweeted by more than 4,000 people. It was vested with added credibility by Clinton-supporting journalists like Reid and Frum (“expert to take seriously”).

All of that, in turn, led to an article in something called the “Daily News Bin”with the headline: “MSNBC intelligence expert: WikiLeaks is releasing falsified emails not really from Hillary Clinton.” This classic fake news product — citing Nance and Reid among others — was shared more than 40,000 times on Facebook alone. 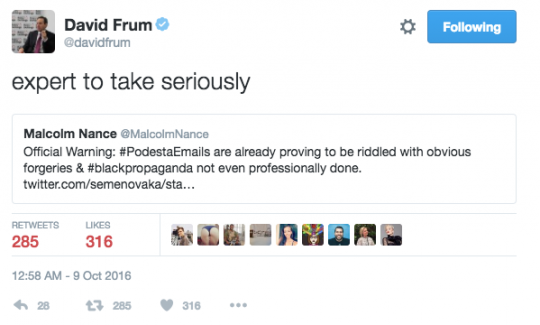 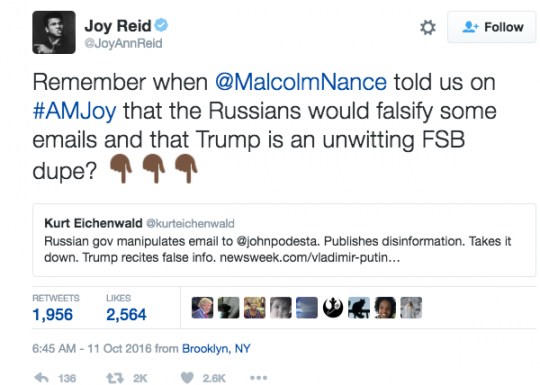 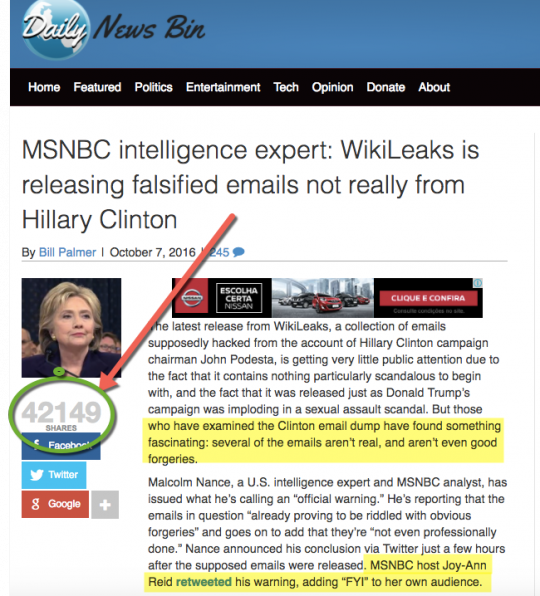 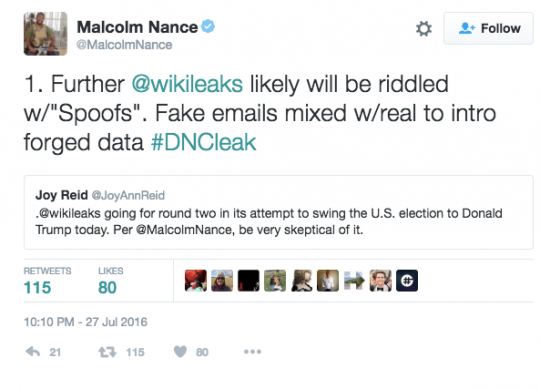