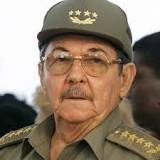 Looks like the oppression under Raúl Castro hasn’t gotten any better.

Dozens of Cuban migrants landed in three separate boats in the Florida Keys on Sunday, days after more than 40 others arrived in the same area, local media reported.

Under an agreement with Cuba’s communist government, the United States can force Cubans who are intercepted between the two nations to return home or go to a third country, though those who land on U.S. soil are usually allowed to stay.

The U.S. Coast Guard earlier this year said it was concerned about a possible surge in Cuban migrants eager to flee.

The concerns arose over peoples’ fears that the warming relations between the Cuban government and Washington could jeopardize the special status enjoyed by Cubans for decades in gaining refugee status in the United States.

In addition, anti-immigration sentiment stirred up by Republican Donald Trump during the U.S. presidential campaign led to concerns he could clamp down on Cubans entering the United States legally if won the Nov. 8 election. Now that Trump is president-elect, it remains to be seen how he will handle immigration.