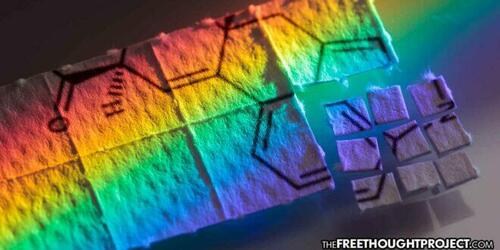 Despite the overwhelming evidence showing that kidnapping and caging people for possessing illegal substances does nothing to prevent use and only leads to more crime and suffering, government is still hell bent on enforcing the war on drugs. Like a crack addict who needs to find his next fix, the state is unable to resist the temptation to kick in doors, shake down brown people, and ruin lives to enforce the drug war.

Instead of realizing the horrific nature of the enforcement of prohibition, many cities across the country double down on the drug war instead of admitting failure. As we can see from watching it unfold, this only leads to more suffering and more crime. Luckily, there are cities, and now entire states in other parts of the country that are taking steps to stop this violent war and the implications for such measures are only beneficial to all human kind.

Eight years ago, Colorado citizens—tired of the war on drugs and wise to the near-limitless benefits of cannabis—made US history by voting to legalize recreational marijuana. Then, in 2019, this state once again placed themselves on the right side of history as they voted to decriminalize magic mushrooms. But this was just the beginning and their momentum is spreading—faster and stronger, toward decriminalizing all plant-based psychedelics. Then, this year, the state of Oregon decriminalized all drugs.

Now, another state is following suit, but not just with psilocybin— a bill in California is moving forward with a legalization measure for other psychedelics like mescaline cacti, ayahuasca and ibogaine.

The California Assembly committee is holding a hearing next month on the bill to legalize the possession, personal use, and facilitated and supported use of the following substances by adults 21 and over.