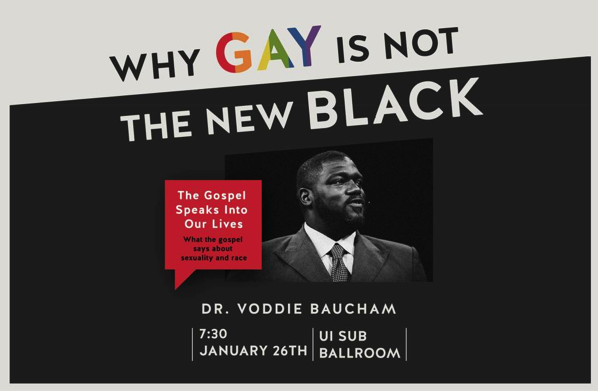 A nationally known conservative black pastor is scheduled to speak about race, religion and homosexuality during 2 public events scheduled in Moscow this week.  Dr. Voddie Baucham is currently the Dean of Seminary at African Christian University in Zambia.  Dr. Baucham grew up in Los Angeles and served as a pastor at several churches in Texas starting his own ministry in 1995.  He has been called the “Evangelist to Intellectuals”.  Christ Church in Moscow’s Collegiate Reformed Fellowship student group at the University of Idaho is bringing Dr. Baucham to campus Thursday night.  His speech is entitled “Why Gay is Not the New Black”.  The University of Idaho has warned the group to expect protests at the event.  Dr. Baucham’s speech is set for 7:30 inside the UI’s Pitman Center.  It’s free and open to the public.

Dr. Baucham is scheduled to deliver a speech hosted by New Saint Andrews College in Moscow Friday afternoon.  He will be discussing “Church and Race”.  It’s also free and open to the public and starts at 3:00 at the Nuart Theater on Main Street.