Another inconvenient truth for the climate apocalypse. 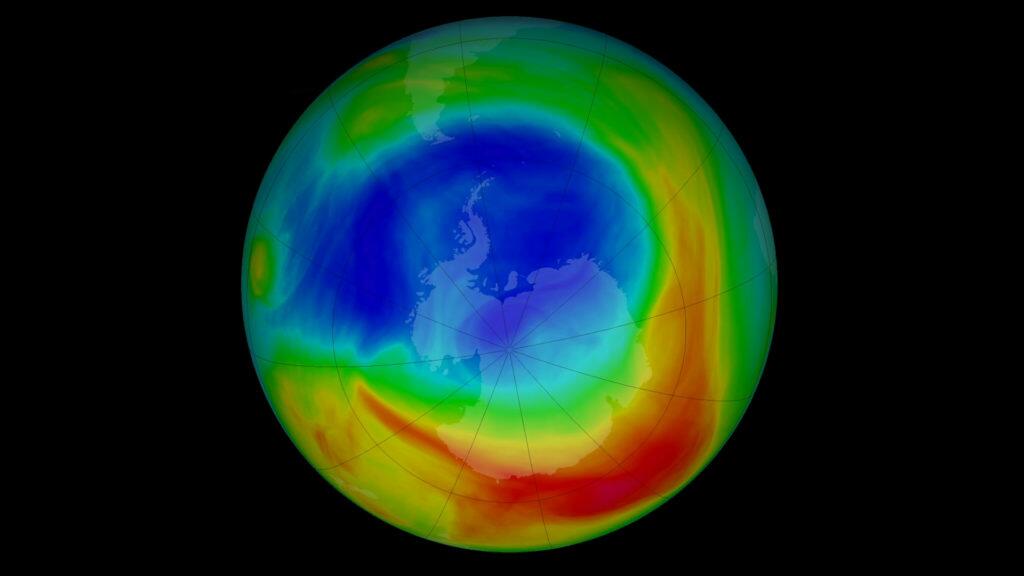 A UN-backed scientific panel tasked with assessing the effects of the 1989 Montreal Protocol – an international agreement to phase out Ozone Depleting Substances – has found that the ozone layer continues to strengthen, and as a result, the earth will avoid 0.3 – 0.5°C of global warming by 2100.

Under the 1989 agreement, 99% of ozone-killing chemicals, including chlorofluorocarbons (CFCs) that once kept fridges cool, were banned due to a thinning of the ozone – also known as an ozone hole – above Antarctica.

In around four decades, the thinning of the Antarctic hole will be completely reversed, according to the report. The much smaller hole above the Arctic is expected to repair much sooner, DW reports.

By 2066, the Antarctic ozone hole is expected to reduce to its size in 1980, while the Arctic hole will do the same around 2045. Thinning around other areas of the globe should recover around 2040.

These compounds attack ozone by releasing chlorine and bromine atoms that degrade ozone molecules in the stratosphere.

Since the substances were banned, declining concentrations of chlorine and bromine have helped to limit human exposure to harmful UV rays from the sun that can cause skin cancer, cataracts and suppress the immune system. -DW

“Thanks to a global agreement, humanity has averted a major health catastrophe due to ultraviolet radiation pouring through a massive hole in the ozone layer,” said UN Secretary-General Antonio Guterres last September 16, World Ozone Day.

Meanwhile, in a fringe benefit that won’t likely silence environmentalists, the panel affirmed the treaty’s positive impact on the climate.

“By protecting plants from ultraviolet radiation, allowing them to live and store carbon, it has avoided up to an extra 1°C of global warming,” said UN head Antonio Guterres, who praised the protocol’s impact on the ozone and the climate, adding that it was a “universally ratified and decisively implemented” model for global action.

“Only by mirroring the cooperation and speedy action of the Montreal Protocol elsewhere can we stop the carbon pollution that is dangerously heating our world,” Guiterres continued. “The Montreal Protocol is a success because, when science discovered the threat we all faced, Governments and their partners acted.”