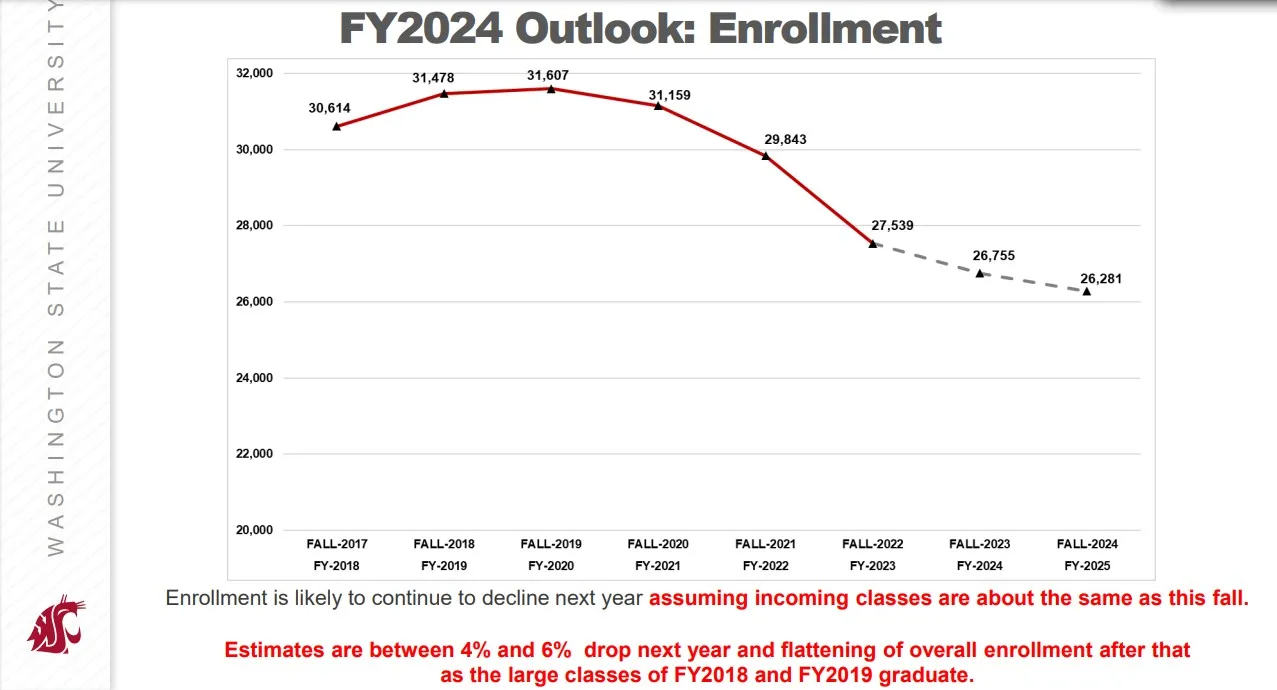 And in the same day’s news, WSU is raising tuition by the maximum allowed.

Like I’m fond of saying: liberals think they can tax their way into prosperity.

From the Moscow-Pullman Daily News:

Around half of Washington college students have experienced some form of either food or housing insecurity, according to the results of a new survey distributed to nearly a quarter of a million students in the state.

Staff at Western Washington University sent the voluntary survey, developed on behalf of the Washington Student Achievement Council, to students at 39 colleges and universities across Washington in September 2022.

Around 9,770 students responded, about 4% of the total number of students, with the respondents roughly representative of the demographics of the students who received the survey, though first-generation, low-income, female, white and full-time students had higher response rates.

Students who experienced housing insecurity said they had a rent or mortgage increase that was difficult to pay, were unable to pay rent or a utility bill, moved in with other people because of financial problems, exceeded the capacity of a living place, left a household because of safety concerns or had moved three or more times in the last year.

Homeless students said, in the last year, they had slept on a friend or relative’s couch, in a camper van, outside or in a space not meant for human habitation like a garage, car or an abandoned building, or temporarily stayed at a hotel, overnight shelter, transitional housing, group home or treatment center.

Students who identified as LGBTQ+, are a parent or caregiver, had a disability or were formerly in foster care also experienced higher rates of homelessness and food and housing insecurity than other student respondents.

The survey asked about other basic needs, including child care. Around 19% of students said they were a parent or a caregiver, and of those who needed child care, two-thirds said they could not afford to pay for it.

While the vast majority of students had regular access to a computer and internet, around 18% of students in the southeast region of Washington and 20% of Black students said, in the past month, they did not have enough access to internet to complete their coursework.

Among students eligible for need-based financial aid, 66% said they had experienced housing, food, child care, health care or technology insecurity, which is around 17 percentage points higher than the overall student population, according to the report.