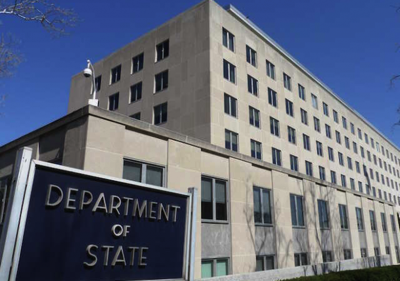 “It’s the single biggest simultaneous departure of institutional memory that anyone can remember.”

Top officials have resigned at the State Department before the Senate has confirmed former ExxonMobil CEO Rex Tillerson for Secretary of State. The Washington Post reported:

Then suddenly on Wednesday afternoon, [undersecretary for management Patrick] Kennedy and three of his top officials resigned unexpectedly, four State Department officials confirmed. Assistant Secretary of State for Administration Joyce Anne Barr, Assistant Secretary of State for Consular Affairs Michele Bond and Ambassador Gentry O. Smith, director of the Office of Foreign Missions, followed him out the door. All are career foreign service officers who have served under both Republican and Democratic administrations.

The State Department also lost Assistant Secretary of State for Diplomatic Security Gregory Starr, who retired on January 20, and director of the Bureau of Overseas Building Operations Lydia Muniz.

Other senior officials in bureaus across the country have left their posts, but these resignations provide a bigger blow to the department “because those offices need to be led by people who know the department and have experience running its complicated bureaucracies.”

No one knows for sure if Kennedy left on his own or if someone pushed him out. He had taken on the responsibility to help the transition to the Trump administration. Him leaving surprised many in the department. One officials told the Post that all of those people “had previously submitted their letters of resignation, as was required for all positions that are appointed by the president and that require confirmation by the Senate, known as PAS positions.”

The officials who manage the building and thousands of overseas diplomatic posts are charged with taking care of Americans overseas and protecting U.S. diplomats risking their lives abroad. The career foreign service officers are crucial to those functions as well as to implementing the new president’s agenda, whatever it may be, Boucher said.

“You don’t run foreign policy by making statements, you run it with thousands of people working to implement programs every day,” Boucher said. “To undercut that is to undercut the institution.”

Back in October, the FBI released documents that showed Kennedy attempted to influence the FBI over some emails. He actually proposed a “quid pro quo” to the department to change the classification of an email. Kennedy offered the FBI “additional slots for the bureau overseas.” This means the department would have received permission “to place more Agents in countries they are presently forbidden.”