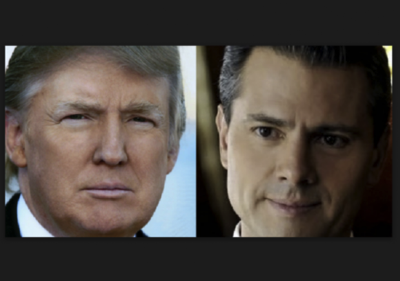 I really don’t get Trump on this. Mexico doesn’t want the wall. If the USA wants the wall, the US should pay for it.

Mexican President Enrique Peña Nieto has canceled a trip to the United States after President Donald Trump told him to if Mexico refuses to pay for the border wall.

Translation: This morning we have informed the White House that I will not attend the meeting scheduled for next Tuesday with the @POTUS.