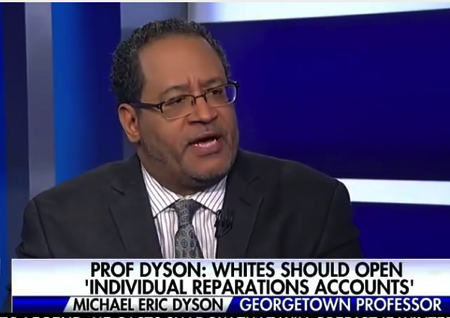 I encourage all the guilt-ridden progressives to do so.

Your forthcoming book, “Tears We Cannot Stop,” is subtitled “A Sermon to White America.” Which part of white America do you envision reading it? I envision the audience to be that ocean of white folk I encounter who are deeply empathetic to the struggles of minorities — they are the ones who ask me, “What can I do, as a white person?” This is my attempt to address them in the most useful and, hopefully, edifying manner.

What’s your strategy for getting through to the white people who may not be particularly sympathetic? What I’ve seen under the wonderful presidency of Barack Obama is the tendency to not tell white people the truth, for obvious reasons — they don’t vote for you. But I’m not a politician. I don’t have that power or influence, but what I do wield is a different kind of bully pulpit. We have to have enough belief in white people to tell them the truth. They are grown!

. . . . At the end of your sermon, you do a “benediction” section, in which you talk about making reparations on the local and individual level: donating to groups like the United Negro College Fund or a scholarship program, but also, to cite your example from the book, paying “the black person who cuts your grass double what you might ordinarily pay.” That gave me pause! Good! I used to say in church, “If the sermon ain’t making you a little bit uncomfortable, it ain’t effective.” Look, if it doesn’t cost you anything, you’re not really engaging in change; you’re engaging in convenience. You’re engaged in the overflow. I’m asking you to do stuff you wouldn’t ordinarily do. I’m asking you to think more seriously and strategically about why you possess what you possess.

I agree with reparations, but maybe this is my white privilege speaking: I can’t imagine actually doing that. That is what I meant by an I.R.A.: an individual reparations account. You ain’t got to ask the government, you don’t have to ask your local politician — this is what you, an individual, conscientious, “woke” citizen can do.

Dyson, whom Juan Williams once accused of demonizing white people, dodged Carlson’s opening question about how and why his idea would work, insisting on placing his idea in the “context of a much broader discussion about white privilege, white innocence [and] white identity.”

“What I don’t believe in is collective guilt. And that is why I’m confused by the phrase ‘white privilege’” Carlson shot back.

Carlson, who co-founded The Daily Caller, wasn’t buying it.

“Responsibility and guilt are synonyms in this case. Let’s be specific. Privilege. I’m privileged, and I wouldn’t deny that — and I am white — because I have a good-paying job. But you’re privileged too. We live near each other, nice neighborhood, you’re rich, you went to an Ivy League school like me. And so you are way more privileged than most white Americans,” Carlson pointed out. “So why would they owe you something?”

Dyson noted that baseball star Jackie Robinson was more financially “privileged” than a lot of white people in the 1950s, but still had to use separate water fountains due to segregation.

RCP has the transcript of this exchange:

TUCKER CARLSON: If I live in eastern Kentucky and I am unemployed, why am I more privileged than you? And why am I in any way, as you put it, responsible for problems with people I’ve never met on the other side of the country?

But if you came to this country as an immigrant and you are a white immigrant and you inherit certain privileges associated with people who are already here, that means that that privilege is given to you regardless of the fact that you indirectly benefited from it and you did not directly contribute to inequality. The constitution was written a long time ago, so, was the Declaration of Independence. But those ancient documents continue to inform people’s lives and shape their aspirations.