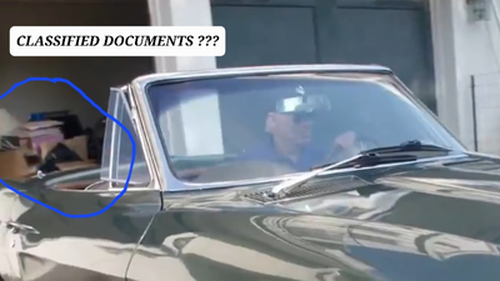 If Democrats didn’t have double-standards, they’d have no standards at all.

To review, President Biden’s lawyers – who didn’t have clearance to view classified documents, allegedly stumbled upon a cache of them at his old office at the Penn Biden Center on Nov. 2, 2022, the day before midterm elections. After waiting nearly two months, more documents were found on December 20, January 9 and January 12 – the date on which AG Merrick Garland finallyappointed a special counsel to investigate.

Trump, on the other hand, who has a potential constitutional argument that he could have declassified the documents recovered from his locked safe at his highly surveilled Mar-a-Lago residence, was treated to a raid by Biden’s DOJ