I heard about this on KQQQ this morning.

U.S. Highway 195 was closed for several hours Sunday night and thousands of gallons of fuel spilled from a tanker trailer that tipped over South of Colfax.

The Washington State Patrol reports that the crash occurred around 9:00 about three miles South of town near Prune Orchard Road. Troopers say 31-year-old Joshua Blas of Reardan was driving a fuel truck hauling a trailer Southbound when he swerved to miss a cat. The trailer tipped over and ruptured spilling about 6,000 gallons of fuel. Blas was not hurt. The highway was closed until about 3:00 Monday morning. A detour was set up to route traffic around the crash. 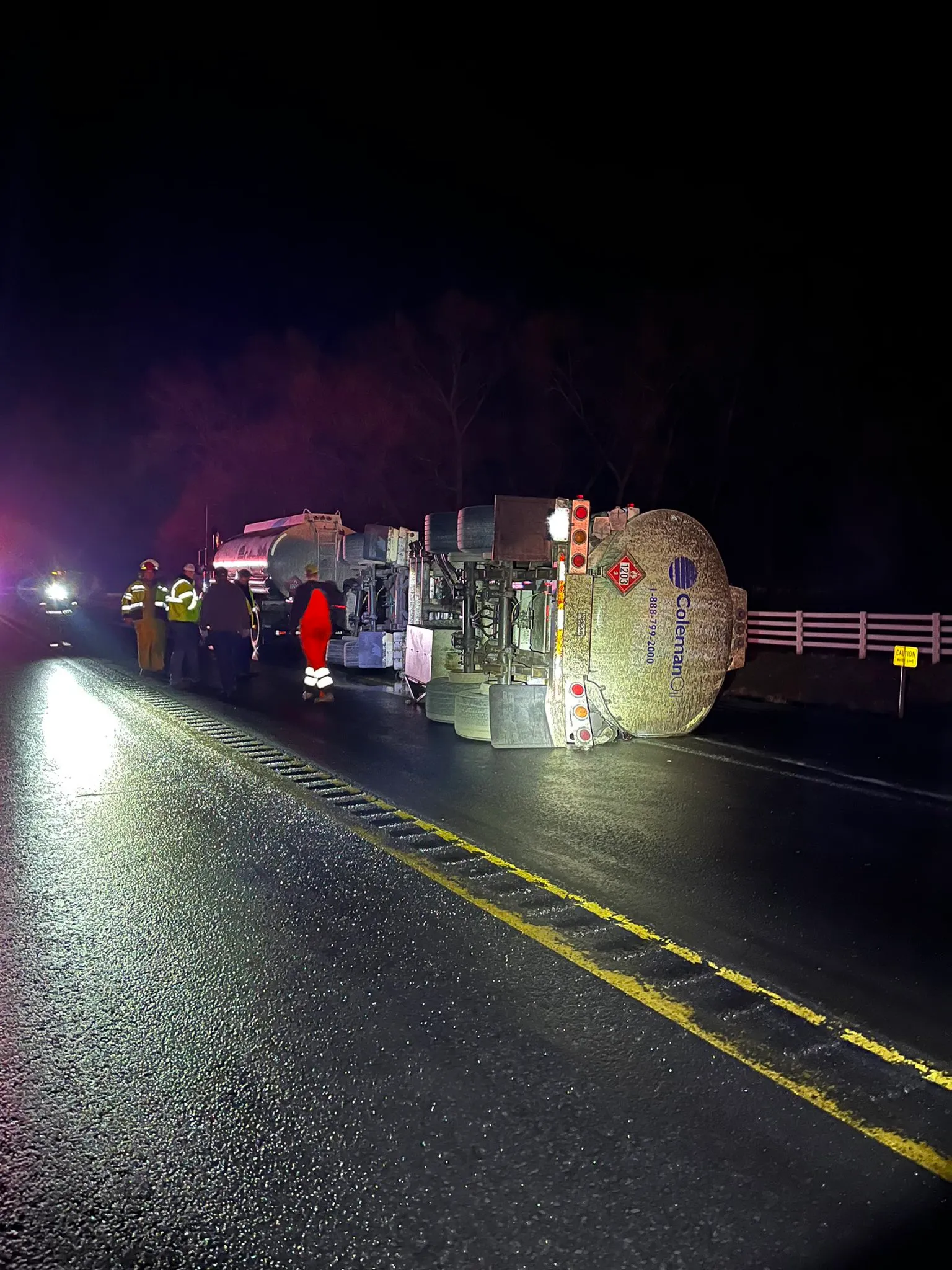