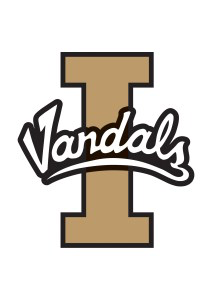 The Idaho State Board of Education is set to start tackling the issue of alcohol at University of Idaho football games during its monthly meeting Thursday. In June the state board ended a 1 year pilot program allowing the UI and Boise State University to sell alcohol outside their stadiums at official pregame football functions. That vote brought to light the UI’s practice of turning the Kibbie Dome parking lot into private property on game days to get around alcohol bans from the state board. The UI is now asking the board to allow alcohol consumption on Vandal football game days in the dome lot with some restrictions. The lot for tailgating would have limited access through controlled entry points available to only game day fans and their authorized guests. The board is being asked to allow those patrons to drink alcohol only between 10:00 in the morning and 10:00 at night on game days. The proposal would also require tailgaters to use opaque containers that are not labeled or branded by an alcohol manufacturer or distributor. The Idaho State Board of Education is set to consider the amended policy during its monthly meeting Thursday in Pocatello. The policy would need 2 votes at separate meetings. The board’s next meeting isn’t scheduled for late October meaning most of the Vandal home football season might end up going dry.