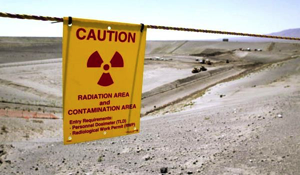 State regulators have fined the federal government and one of its contractors $50,000 for mishandling hazardous waste at Hanford.

The Department of Ecology said Tuesday it issued the penalty to the U.S. Department of Energy and CH2M Hill for violations at Hanford’s T Plant. The facility is used to store and treat Hanford waste.

The Tri-City Herald reports that DOE and its contractor were ordered obtain detailed analysis of waste before storing it and properly maintain records.

An Energy Department spokesman says the agency is evaluating the notice and plans to seek clarification on some items. He says records show the contractor did identify and designate all of the waste in five containers.

For decades, reactors at Hanford produced plutonium for nuclear weapons. The site near Richland is now engaged in a massive cleanup of the resulting radioactive wastes.