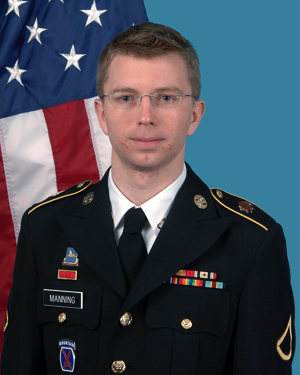 Bradley (Chelsea) Manning was convicted by court-martial in July 2013 of violations of the Espionage Act and other offenses after disclosing to WikiLeaks nearly three-quarters of a million classified or unclassified but sensitive military and diplomatic documents.

He was sentenced in August 2013 to 35 years imprisonment, with the possibility of parole in the eighth year, and to be dishonorably discharged from the Army.

Yesterday, President Obama commuted (reduced) his sentence, letting him out on 17 May 2017.

This shows me two things: