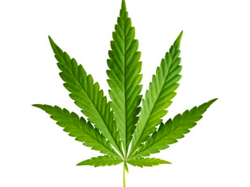 Fifth marijuana retailer in Whitman County would be less than a mile from Idaho border.

The second marijuana retailer allocated to Whitman County by the Washington State Liquor and Cannabis Board – Premium Roast LLC – plans to set up shop on the Pullman-Moscow Highway, about 4,500 feet from the Idaho border.

The shop would be at the old Crossroads Nursery at the intersection of the Pullman-Moscow Highway and Airport Road on an 8.14-acre parcel.

Whitman County Commissioner Michael Largent suggested it was so close to the Idaho border to target the Moscow market, where it is still illegal.

“Why else would you site it there?” Largent asked.

The first marijuana retailer allocated to the county – Bud Hut – opened its doors earlier this year, also in the Pullman-Moscow corridor, but much closer to Pullman.

The county Planning Department has received a conditional use permit application from Premium Roast LLC to operate the shop.