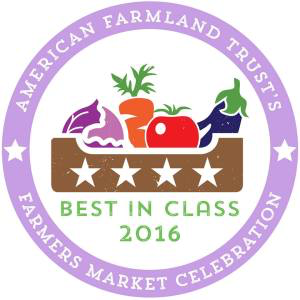 I’m not surprised by this. I have been to a lot of farmers markets around the country. Moscow’s is by far the best one I’ve ever been to.

The Moscow Farmers Market has been ranked as the best in Idaho and one of the top 20 farmers markets in the nation.  This Summer’s American Farmland Trust’s survey of the country’s top farmers market has Moscow number one in the state and in the top 20 in several categories nationwide.  The highest US ranking for the Moscow Farmers Market was 14th for Pillar of the Community.  The market runs every Saturday morning in downtown Moscow through October.