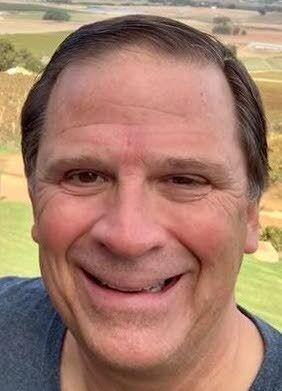 My Op-Ed on the downfall of the legacy media ran in today’s Moscow-Pullman Daily News.

Trust in the legacy media is plummeting. According to a recent Gallup poll, only 36% of Americans said they had a great deal or a fair amount of trust and confidence in the mass media to report the news fully, accurately, and fairly. That’s the second-lowest number Gallup has ever recorded.

There’s also a wide gap in mass media trust among political parties: Democrats 68%, Independents 31%, and Republicans 11%. That should come as no surprise given how much the legacy media parallels the democrat agenda. Thankfully, there has been some recent push-back to challenge the misleading tendencies of the legacy media.

While the Nobel Prize-winning miracle drug, ivermectin, is not FDA-approved to treat Covid cases in the United States, it is used worldwide, and Rogan had a medical prescription for it. Rogan reasoned with him until Gupta was forced to admit that CNN was deceptive in emphasizing the fact that Rogan was using a livestock drug to treat his case of Covid. As Saint Augustine aptly put it: when you state the truth in order to deceive, it’s still a lie.

In a second instance, former “Today” host Katie Couric admitted in her new memoir that she intentionally edited her 2016 exclusive interview with Supreme Court Justice Ruth Bader Ginsberg, deleting comments about athletes who kneel for the national anthem as showing “contempt for a government that has made it possible for their parents and grandparents to live a decent life.” This was during the height of the Colin Kaepernick controversy, and Ginsberg couldn’t be seen echoing Trump and the Republicans.

Couric claims she “wanted to protect” the sitting Supreme Court Justice’s reputation because she feared Ginsberg was “elderly and probably didn’t fully understand the question” and felt that the issue of racial justice was a “blind spot” for her. However, selectively deleting Ginsberg’s remarks were calibrated to promote the interests of the political left – getting Biden elected.

Finally, in an article advocating for the vaccination of children in the United States, New York Times’ lead coronavirus correspondent Apoorva Mandavilli reported that nearly 900,000 children in the United States had been hospitalized with Covid since the beginning of the pandemic and that healthcare officials in Sweden and Denmark had begun offering single doses of the Moderna vaccine to children.

None of that was true. The number of Covid hospitalizations for U.S. children is about 63,000 since the beginning of the outbreak. And regulators in Sweden and Denmark had halted the use of the Moderna vaccine in children and were not offering single doses.

These misrepresentations are only three recent examples of the type of reporting encouraged by the mainstream media, and they form a dangerous pattern. They explain the drastic asymmetry and loss of trust in the media between Republicans/Independents and the Democrats.

Another recent Gallup poll asked Americans their opinions on various Covid-related topics. One question was “what are the chances somebody with Covid must be hospitalized?” The correct answer is between 1-5%. The self-proclaimed “follow the science” Democrat crowd performed significantly worse than Republicans, with 70% giving answers wildly off the mark. 41% of those believed that over 50% would require hospitalization(!), while another 28% thought between 20-49% would.

What we have in the legacy media are people who are beginning with conclusions and are then curating data to affirm their predetermined conclusions. Any reporter or news outlet that truly serves the people will operate from the reverse: collecting data in an objective way until they are left with true conclusions that have been driven by factual reporting.

What we have now, and what is rampant in Moscow, is a world where conclusions without facts reign supreme, and what we are left with are no conclusions at all but conjecture. This is why the legacy media will soon be an institution of the past because baseless, fear-driven reporting cannot sustain itself, and eventually, the people will look elsewhere for the truth.