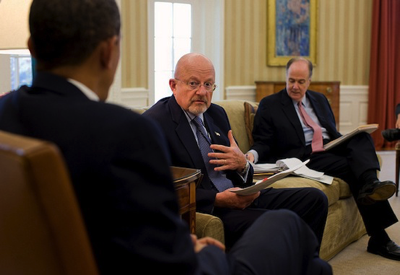 If you understand the intelligence community’s language, you’ll realize there’s no smoking gun here. They are using mealy-mouthed words throughout the report: “we assess” which is code for “is likely” but not certain.

Before reading the report, I believed that the government would have considerable solid evidence to back up several of its claims, at least some of which might be judiciously used to provide a modicum of credibility for the entire package, but that was hardly the case. Indeed, the report, like the “Grizzly Steppe” effort, includes an unusual disclaimer, noting in an appendix on “Estimative Language” that “Judgments are not intended to imply that we have proof that shows something to be a fact.”

The report’s “key judgments” and the subsequent echo-chamber coverage in the national media are focused on six “findings” that support the thesis that “Russian efforts to influence the 2016 U.S. presidential election” reflect an escalation in Moscow’s program to “undermine the U.S. led liberal democratic order.”

The first conclusion is that “We assess Russian President Vladimir Putin ordered an influence campaign in 2016 aimed at the U.S. presidential election.” This claim is the most elusive and is based on the premise that, as head of state, Putin must have known and approved. But if U.S. intelligence does not have access to Putin’s private papers or communications, whether he personally ordered the campaign cannot be known. If it is known through indisputable evidence, the finding should have read something like “There is definitive intelligence indicating that …” The use of the expression “we assess” is weasel wording, meaning that the conclusion is not supported by actual evidence and is a judgment.

The second claim is that “Russia’s goals were to undermine public faith in the U.S. democratic process.” This is also preceded by “we assess” and is pure speculation unless the intelligence community has a document revealing such an intention in more or less those words.

The third allegation is that “Putin and the Russian government aspired to help President-elect Trump’s election chances when possible by discrediting Secretary Clinton and publicly contrasting her unfavorably to him.” This is another “we assess.” No doubt Russia saw Clinton as hostile and would take steps to discredit her using both media and intelligence resources based on its own self-interest, but, again, lacking any documentary or Humint (human intelligence) source providing a clear insight into Russian thinking, the conclusion that it was done to help Trump is speculative. This reservation is supported by a comment at the end of the finding itself, stating that the National Security Agency (NSA) had only moderate confidence in the conclusion. That is a low grade, meaning that there was little or no actual electronic intelligence collected that supports the judgment.

The report also states its belief that in June, Russia shifted its strategy to help Trump by ceasing to say good things about him publicly: “Kremlin officials thought that any praise from Putin personally would backfire.” The report then goes on to contradict itself, noting that other “pro-Kremlin figures” continued to praise Trump for his “Russia-friendly positions.” However, one can’t have it both ways if one were actually trying to run an “influence campaign.”

Though it did not appear in the report, some news stories have revealed possibly leaked information indicating that Washington had intercepted phone calls made by senior Russian officials expressing joy over the election results. Desperate to confirm Russian involvement, the calls are being regarded by some as additional evidence that Moscow must have aided Trump.

The fourth claim is an assessment “with high confidence that Russian military intelligence (GRU) relayed material to WikiLeaks.” This comment is on firmer ground, even though it is also a “we assess” and appears to indicate that the intelligence community has at least some names and additional corroborative material. It identifies Guccifer 2.0 and DCLeaks as possible conduits that released “U.S. victim data obtained in cyber operations publicly and in exclusives to media outlets and relayed material to WikiLeaks.” But it does not indicate who actually might have carried out the alleged hacks and, again, this raises the question of whether the U.S. government does or does not have the type of information that connects the dots, linking together the transmission belt for the information and the identity of its couriers in a chain of custody that goes directly from the alleged hack in the U.S. to the GRU in Moscow and then on to WikiLeaks in Moscow. I doubt that they do have that kind of information, but would concede if I were running a hacking operation combined with an influence or disinformation one, concealing the connections through use of cut-outs (mutually trusted intermediaries) would be an essential in maintaining plausible deniability. In other words, if the Russians actually did it, they would make it difficult to identify how it took place.

The fifth allegation is that “Moscow’s influence campaign … blends covert intelligence operations … with overt efforts by Russian government agencies, state funded media, third party intermediaries, and paid social media users or ‘trolls.’” The report is claiming that Russia’s overt media is part of the plot and that the production of what is now being referred to as “fake news” was all part of the game. RT International is referred to as the “Kremlin’s principal international propaganda outlet.” Assuming there was in fact some kind of plan, one would expect Moscow’s state-owned media to be following an official line on developments in the United States. Even if there were no conspiracy, Russian news would almost certainly reflect a government viewpoint. That is also true in the United States, where the media rebroadcast assertions made by the White House uncritically. Or even worse, like the completely false reports of Russian hacking of utilities in Vermont. Hasn’t Clapper or anyone else on his team read the Washington Post lately?

An odd assertion in the report used to denigrate the coverage provided by RT International and Sputnik news claims that the two Russian state owned outlets “consistently cast President-elect Trump as the target of unfair coverage from traditional U.S. media outlets that they claimed were subservient to a corrupt political establishment.” It certainly looked that way to me and to many other Americans, which is possibly why Trump won in the first place. Other “evidence” provided in the report consists of analysis that Russian media was “consistently negative” regarding Clinton. It fails to note that Clinton was consistently negative regarding Russia, regularly seeking to tie an allegedly evil Putin to Trump.

And finally, the sixth assertion is that “Moscow will apply … lessons learned … to future influence efforts worldwide.” This is also preceded by a “we assess” and is sheer speculation unless the intelligence community has somehow obtained a document stating that that is what Russia intends to do or has intercepted a phone call in which Putin has indiscreetly outlined his plans.

I would assume that there were disagreements over some of the findings identified above, but that does not come through in the unclassified version of the report, apart from the one comment about NSA taking a “moderate” position. Given the frequency of “assessments” and “judgments” in the document, the lack of dissent is astonishing. One wonders if disagreements appear in the classified version. Possibly not, particularly if one goes by the example of historic intelligence assessments like the Soviet Estimate and the Iraq WMD reports, which were damaged goods produced under heavy White House pressure to conform to preexisting notions about what should appear.

As one works through the new report, suspicion grows that the so-called analysis is largely derived from an in-depth critique of what was appearing in the Kremlin-controlled media, which might or might not provide an insight into broader government policies. Fully half of the account focuses on Russian overt media operations and reporting, which are, to be sure, highly critical of the U.S. government, and include regular coverage of national surveillance programs and civil-rights infringements. RT also is indicted in the report for opposing “Western intervention in the Syrian conflict.” Well, I and many other Americans who are not useful idiots working for the Kremlin hold the same view. An annex to the report even describes RT International as promoting “radical discontent,” an odd expression that might have been coined by the Comintern.

Via The American Conservative