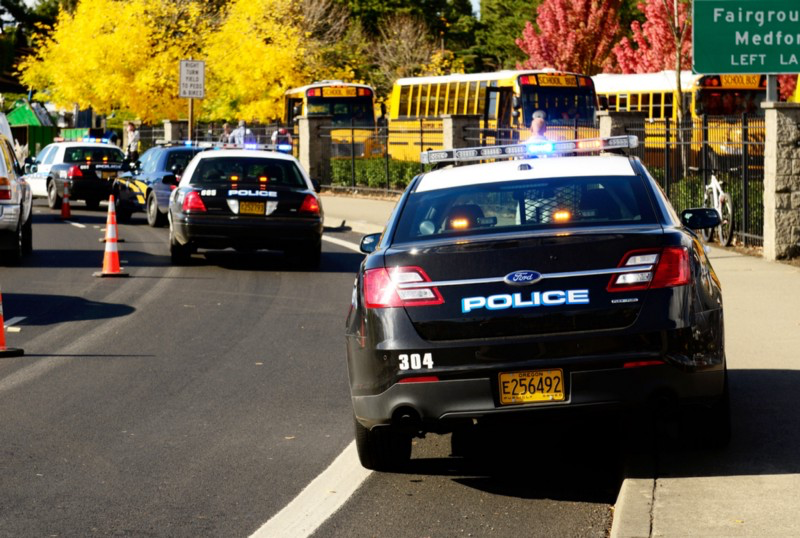 After the New Year, all school fights in Missouri will end with the fighters being arrested and charged with a Class E Felony.

Nothing like getting being listed as a felon for protecting yourself.

In a move that will likely doom countless children to the school-to-prison pipeline, Missouri will soon charge students who get into fights with felonies.

A state statute that goes into effect on Jan. 1 will no longer treat fights in schools or buses as a minor offense, regardless of a young person’s age or grade. Instead, School Resource Officers (SROs) and local law enforcement will now intervene by arresting and charging them with assault in the third degree — a Class E felony. That type of assault can result in four years of prison time, fines, or probation. Attempts or threats to cause harm will be treated as a Class A misdemeanor, which can lead to a year of prison time. If law enforcement or school officials consider the assaulted person a “special victim,” a student can be charged with a Class D felony that comes with a maximum prison term of seven years.

Schools and law enforcement officials were previously able to pursue misdemeanor charges for school fights. The enhanced charges could do even more damage to kids’ criminal records, long before students understand what having a record means. And students of color will have an even larger target on their backs.

The school-to-prison pipeline refers to the process by which young people are criminalized for their behavior in schools, exposed to law enforcement and the rest of the criminal justice system at an early age, and become more likely to interact with that system down the line. The pipeline is exacerbated by SROs stationed on school grounds and teachers who rely on local law enforcement to intervene in student affairs.

Although some students are arrested and charged for violent offenses, others are punished for minor disciplinary infractions — such as wearing the wrong uniform, disrupting a class, or getting into a playground fight — that are generally handled by school officials themselves.

What happens after an arrest varies by location — and prosecutor. Some students have their charges formalized and brought to state’s attorneys who ultimately dismiss their cases. But there are prosecutors who try hard to convict. For instance, the former state’s attorney of Cook County, Illinois, Anita Alvarez, imposed maximum penalties despite bipartisan calls for restorative justice and leniency.

Regardless of where kids live, a single arrest doubles the likelihood that he or she will drop out, and kids who make a court appearance are four times more likely to do so. Students removed from class are fall behind in their school work and miss out on valuable social interactions that contribute to their overall development. In turn, they are more likely to engage criminal behavior that will lock them into the system for life and drastically reduce access to education and job opportunities in the future.

Nationwide, students of color are disproportionately funneled through the pipeline — as early as preschool. Black students in particular are viewed as more dangerous by their instructors and therefore punished more harshly.

Racial discrepancies in Missouri school discipline are some of the highest in the nation, according to UCLA’s Civil Rights Project. That means that the new statute will put them at greater risk of criminalization.