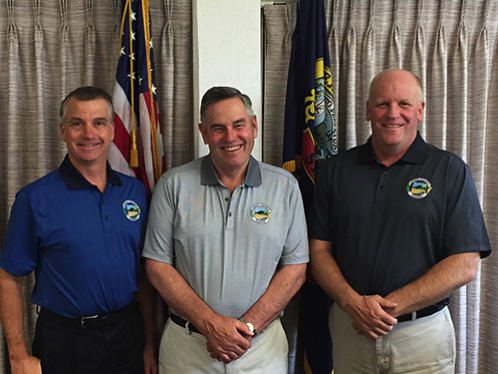 Well done to the Latah County Board of County Commissioners!

Latah County got good news about its current budget Wednesday.

Initial figures indicate the county’s revenues from sales and liquor taxes are higher than the estimates predicted last year. The county commissioners discussed the year’s revenues to date, as well as considerations of county employee salaries, at a budget workshop Wednesday.

Commissioner Dave McGraw noted sales taxes will bring in about $30,000 more than last year, based on trends from the first three quarters of this fiscal year.

Liquor taxes are also expected to bring in an additional $50,000 since last year by the end of this year, McGraw said, calling that “great news.”

The overall taxable value of the county has increased, mostly because of new construction. Henrianne Westberg, the county’s clerk/auditor/recorder, said that doesn’t necessarily mean Latah County taxpayers will see their property taxes increase.

County commissioners can increase taxes by as much as 3 percent each year per state law, Westberg said after Wednesday’s meeting, but numerous other factors help determine how much a taxpayer owes.

“If we ask for 3 percent this year, your taxes won’t actually go up,” McGraw said.

Westberg said commissioners also have the authority to collect what is known as foregone taxes, or unused taxes from previous years, but they have no intention of doing so.

“The board made a hard and fast rule – before we started thinking about salary increases or anything else that everybody wanted, that we would not touch the foregone,” Westberg said.

The board agreed Wednesday on a 4 percent salary hike for all county employees, which will mark the third consecutive year of an increase of that amount.

The salary increases have been touched on throughout the county’s budget discussions, which started earlier this spring. McGraw said a salary study in 1998 showed Latah County employees were paid about 20 percent below market value, and Westberg estimated that shortfall still remains. There were no salary increases from 2010 to 2013.

“It’s been my goal ever since I’ve been here to try to fix that as much as we can,” McGraw said.

The commissioners have budgeted $10,000 for the next fiscal year to conduct a new salary study to see how Latah County compares to similar counties.

“Latah salaries are some of the lowest in the area,” Westberg said. “There’s no way we’re going to catch up, but we sure don’t want to get any further behind than we are. They’re trying to maintain retention here of our employees and reward them. They’re very valuable to us.”