With the presidential election less than two months away, U.S. registered voters say Donald Trump is better able to handle economic issues — such as employment and taxes — than Hillary Clinton. However, these voters see Clinton as better suited than Trump on issues such as the treatment of minority groups, social issues, foreign affairs, education and immigration. Overall, of the 17 issues that Gallup asked registered voters about, Clinton leads Trump on 10. 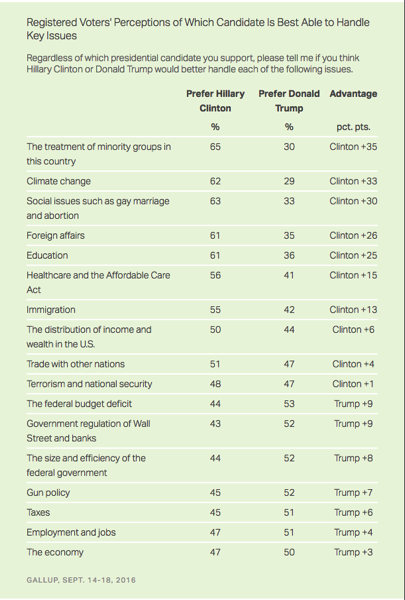