You will notice that the Democrats bailed out the liberal, mismanaged pension plans in the name of Covid relief.

This really is criminal. 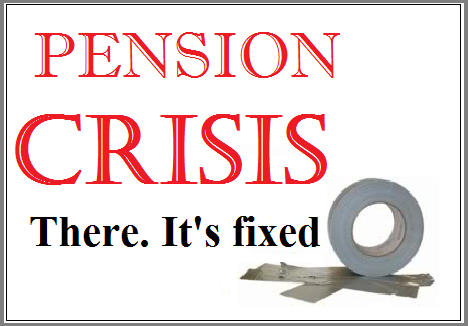 Unnoticed by most taxpayers and touted as good news was the fact we the taxpayers of America have stepped up to the plate and bailed out hundreds of failing pensions. Much of this took place without the average citizen even knowing it occurred. Buried deep in the American Rescue Plan signed into law by President Biden in March 2021 was a provision mandating the government to bail out ailing multiemployer pension plans.
The American Rescue Plan Act of 2021 was the $1.9 trillion economic stimulus package proposed by President Joe Biden to speed up the United States’ recovery from COVID-19. The huge bill was passed with little time for debate or even to be read, all under the idea congress needed to take  action to address the economic and health effects of the pandemic and the ongoing recession. While how this provision to assist troubled pensions has been addressed did not get a great deal of air time it may prove to be far more costly than predicted.

People are often led to believe pensions are a promise carved in stone, however, when the money is not there pensions and promises will be broken so pensioners should prepare for the pain. This is especially true in the public sector which has a history of granting pensions that are unheard of in the private sector. The 25 largest U.S. public pensions face trillions in unfunded liabilities. If Americans took the time to stand back and look at the bigger picture they will see the Pension Benefit Guaranty Corporation (PBGC) an independent agency of the United States government responsible for acting as the nation’s “safety net” for failed pensions is also in trouble. When a pension fails this agency is expected to take control of its assets and dole them out to its pensioners in the coming years. The ugly truth is the PBGC is not a rock but is in need of its own bailout.

Advancing Time: America Just Bailed Out A Bunch Of Pensions At The Taxpayers’ Expense