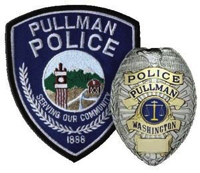 Pullman Police are investigating a disturbing assault on College Hill in which a man was allegedly pummeled by several men for simply stumbling into them. The 21 year old Washington State University student tells officers that he was drunk and walking on California Street early Wednesday morning. He apparently stumbled into a group of college aged white males who responded by punching him repeatedly and kicking him after he fell to the ground. The victim went to Pullman Regional Hospital in a private vehicle. He received several stitches for multiple cuts to his head and face. The victim told police that the attackers didn’t say anything before beating him up. He has no idea who they are and has very little descriptions of the suspects. The alleged assault occurred about 1:45 in the 700 block of California.