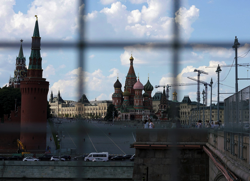 U.S. intelligence and law enforcement agencies are investigating what they see as a broad covert Russian operation in the United States to sow public distrust in the upcoming presidential election and in U.S. political institutions, intelligence and congressional officials said.

The aim is to understand the scope and intent of the Russian campaign, which incorporates cyber-tools to hack systems used in the political process, enhancing Russia’s ability to spread disinformation.

The effort to better understand Russia’s covert influence operations is being coordinated by James R. Clapper Jr., the director of national intelligence. “This is something of concern for the DNI,” said Charles Allen, a former longtime CIA officer who has been briefed on some of these issues. “It is being addressed.”

A Russian influence operation in the United States “is something we’re looking very closely at,” said one senior intelligence official who, like others interviewed, spoke on the condition of anonymity to discuss a sensitive matter. Officials also are examining potential disruptions to the election process, and the FBI has alerted state and local officials to potential cyberthreats.

The official cautioned that the intelligence community is not saying it has “definitive proof” of such tampering, or any Russian plans to do so. “But even the hint of something impacting the security of our election system would be of significant concern,” the official said. “It’s the key to our democracy, that people have confidence in the election system.”

Vladimir Putin says he has no idea who hacked the DNC

Play Video0:46
Russian President Vladimir Putin says he doesn’t know who was behind the hacking of the Democratic National Committee, but it was important the information had been made public. (Reuters)