“NOAA creates the warming trend by altering the data,” says Tony Heller over at realclimatescience.com

NOAA claims that US temperatures rose 1.5°F since the 19th century, says Heller. The problem with that claim is that “100% Of US Warming Is Due To NOAA Data Tampering.” 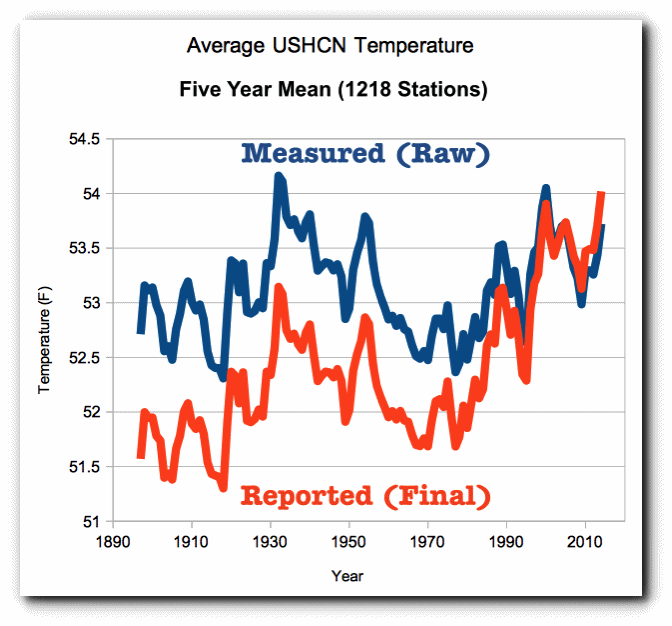 Raw data in blue. Data as reported by NOAA in orange.

The NOAA graph is fake data, says Heller. “NOAA creates the warming trend by altering the data. The NOAA raw data shows no warming over the past century”

“NOAA has always known that the US is not warming,” Heller concludes,  pointing to a study by NOAA scientists that showed no significant change in average temperatures in more than a hundred years. (See New York Times: U.S. Data Since 1895 Fail To Show Warming Trend, 26 Jan 1989)