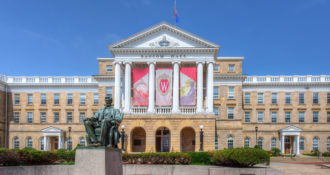 You have to wonder what the reaction would be if they offered a course titled “The Problem with Blackness.” The fact that progressives cannot see that both are offensive is a judicial blindness on them.

It’s hard to imagine how anyone would get the wrong impression about a college course titled “The Problem of Whiteness.” But just in case, the University of Wisconsin-Madison released a statement Monday to reassure the public that African Cultural Studies was not intended to be offensive.

Wherein lies the problem. Painting an entire race with a broad brush — and calling that race “problematic,” moreover — is offensive. It calls to mind Hitler’s “Final Solution.”

The statement goes on to clarify that “the course is a challenge and response to racism of all kinds,” but the titles of the texts to be read suggest it is a response to only one kind.